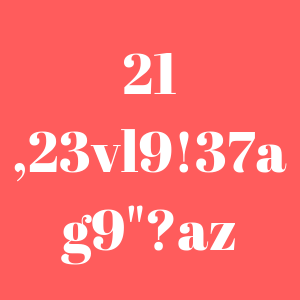 A woman in tech

Sue is an Honorary Professor at University College London in the Department of Computer Science and a Senior Research Associate at the University of Cambridge. An outstanding advocate for women in tech, Sue founded BCS Women (a network for women in tech) and #techmums (a social enterprise that empowers women through technology). By 2020 TechMums aims to have 1 million women in the worldwide network.

Sue started out in tech at a time when there were very few women in the industry and she says statistically (after all she is a polymath) not a lot has changed, but public opinion has shifted. In her own journey, her confidence grew after she attended a conference in Brussels where the delegates comprised 100 women (& 1 man) in tech. For the first time, she was in the majority. Not ignored or belittled but amongst women just like her.

Say positive things to yourself like I am completely awesome” (and don’t forget to strike a superwoman pose while you do!)

#techmums was a course Sue would have liked to be available when she was a single parent, living in council accommodation and on benefits. It was a suggestion from her college tutor who told her to do Polymath rather than A Level Math as she would get bored with it, that set her on her tech career path. After she qualified, she could have gone into the tech industry, but instead she went on to do a PhD as it fit in better with school hours.

Life has thrown a lot at Sue – from losing her mother when she was only 12 (to a brain haemorrhage), through suffering the ‘loss’ of her father into a new relationship, leaving home very early and then single parenthood (after an abusive relationship), so she is often asked how she coped.

If I can do it so can you. All I did was work out where I wanted to be and put one foot in front of the other until I got there.”

This redhead is on fire

Sue is very proud of her public involvement whether that is campaigning to save Bletchley Park (where half the 10,000 employees were women), to speaking in front of 16,000 women in Orlando (where she got them to shout “I am going to change the world”) or her championing of women in computing. Despite all these achievements, however, the most publicity Sue has received was after her now husband Paul proposed (very appropriately) via code entered into the Enigma simulator.

Sue has some sage advice on social media for mums. “Think about the fact that anybody in the world could be reading what you are putting out there so don’t put anything too personal which could affect your or your kids life in some negative way.” She suggests that as a parent you have to educate yourself about what is going on. Banning children from social media doesn’t work, it only lessens the chance that your child will talk to you when they need to. She doesn’t have all the answers, as we are all working out what the best thing to do is, but her message is to ‘be your best self’ on social media.

If Sue has inspired you, you can find out more about #techmums or BCS Women here:
https://techmums.co/
http://bcswomen.bcs.org/